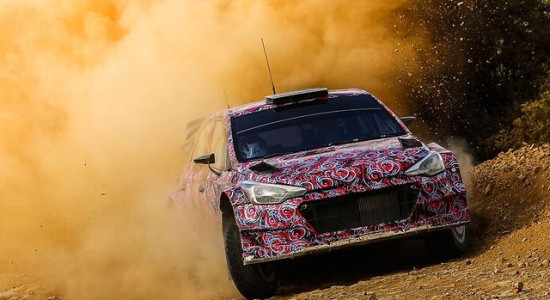 Hyundai Motorsport is nearing completion of its brand new rally car, the New Generation i20 WRC, with which the team will contest the 2016 FIA World Rally Championship (WRC), its third season of competition.

The New Generation i20 WRC, the successor to the existing Hyundai i20 WRC, has undergone a rigorous test and development program during this year, completing over 8,000km across ten test sessions in four countries. The all-new car has been put through its paces on both gravel and tarmac in four separate countries of Germany, France, Finland and Spain, running concurrently with Hyundai Motorsport’s successful 2015 WRC campaign.

Hyundai Motorsport will formally unveil the New Generation i20 WRC at the team’s factory in Alzenau, Germany next Wednesday on Dec. 9.