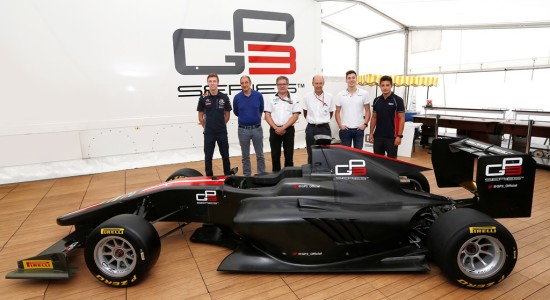 The new GP3/16 was revealed to the world’s media in Monza today when the third generation car was unveiled in the GP3 paddock ahead of the sixth Round of the 2015 season.

The GP3/16 features a brand new Mecachrome race engine which is a bespoke design for the Series. It is a V6 3.4 litre which is naturally aspirated with 400 HP. Moreover, the third generation car has new aerodynamics to facilitate overtaking and it also enjoys a newly designed monocoque to help accommodate taller drivers. A revised nose is one of the key visual changes to the new machine.

In addition to these changes, the front and rear impact structures have been designed to match the latest Formula 1 2015 safety standards in order to improve further on safety grounds.

The GP3/16 has undergone five days of development testing to date; firstly at the Magny-Cours track in France and then followed by the Circuit de Catalunya in Barcelona. The teams will receive the delivery of the new car in early 2016.