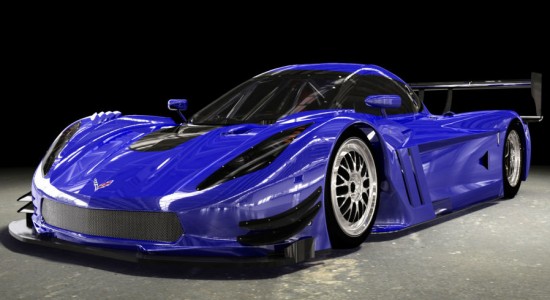 In 2015 the United SportsCar Championship will see the debut of a new look for the Corvette Daytona Prototype. Unveiled today, the new bodywork design is clearly inspired by the styling cues of the Corvette C7 Stingray production car. It is expected to see the new car on track as soon as next week when tests will be undertaken in Daytona, Florida.

“The relationship Chevrolet’s racing programs have to our auto production lines is extremely important. That relevance of race car to showroom is a hallmark of our racing heritage,” said Mark Kent in the official release, Chevrolet Director of Racing. “The success of the Corvette Daytona Prototype program is a point of pride for Chevrolet. Having the Corvette C7 DP competing for overall victories enhances the perception of the Corvette brand and allows America’s sports car to compete for overall victories in North America’s most important endurance events.”