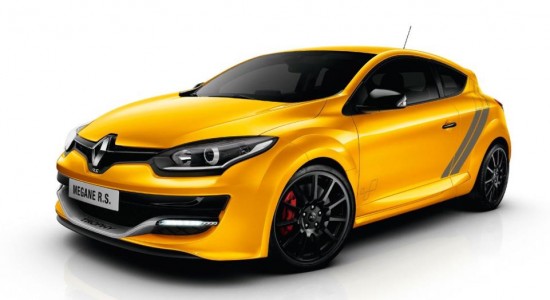 Following its recent facelift, the top-of-the-range Mégane now benefits from a technical upgrade and a bespoke look. The new 275 Trophy is the latest in a line of limited edition Megane Renaultsports, which began with the 265 Trophy in 2011 and continued with the Red Bull Racing RB8.

The two-litre turbocharged petrol engine consequently boasts 275hp, and peak power is reached at 5,500rpm. At the same time, maximum torque (360Nm) is available across a broad rev-band, from 3,000 to 5,000rpm. Despite this additional power, fuel consumption and emissions have been contained to stand at just 37.7 mpg* and 174g of CO2/km respectively.

Renaultsport and Akrapovič, the manufacturer of exhaust systems for motorcycles and performance cars, have marked their association with the standard fitment of a titanium exhaust system. The limited edition car can also be specified with optional adjustable Öhlins Road & Track dampers with steel springs. Also available as an option are Michelin Pilot Sport Cup 2 tyres.

The same hue of stitching has been carried over to the rear bench seat, while the headrests feature Renaultsport badging. Other interior highlights include visible red stitching for the Alcantara steering wheel trim and handbrake gaiter, as well as an alloy gear lever knob.

The new model is set to make its debut at the Goodwood Festival of Speed in June.