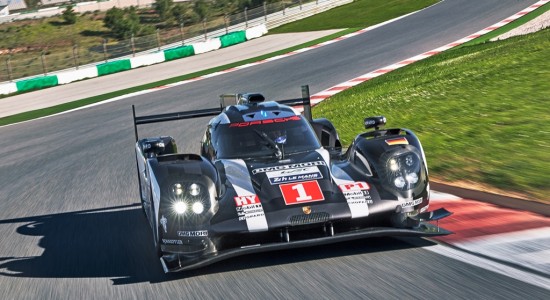 Two days before the official Prologue for the FIA World Endurance Championship (WEC) at Paul Ricard, France, Porsche is presenting its race car for this season.

Strong development characterises the new 919 Hybrid’ technology. The powertrain became even more efficient, the aerodynamics were even more specific for the various race tracks and the weight of single components was even more reduced.

Even the livery of the Porsche 919 Hybrid’s third generation represents an evolution: In its debut year, 2014, the 919 was white and sported the claim “Porsche Intelligent Performance”. The first letters of this slogan were also on the 2015 racing cars with their background colours of white, red and black. In 2016, all three colours melt together into a new design.

Also new are the car numbers: In 2015 a one-two result at the Le Mans 24-hour race was achieved. Porsche won the manufacturers’ World Championship title. Timo Bernhard (DE), Brendon Hartley (NZ) and Mark Webber (AU) became the Drivers’ World Champions and will now race with the number 1 on their car. The sister car of Romain Dumas (FR), Neel Jani (CH) and Marc Lieb (DE) will carry the number 2.

For the first time Porsche fully exploits the WEC regulations by deploying three different aerodynamic packages to make the car best suit to the respective race tracks. Three aerodynamic specifications are the maximum allowed. The weight of the four-cylinder turbo engine, as well as its fuel consumption, could be further reduced. The two energy recovery systems of the hybrid drive have been improved in terms of efficiency.