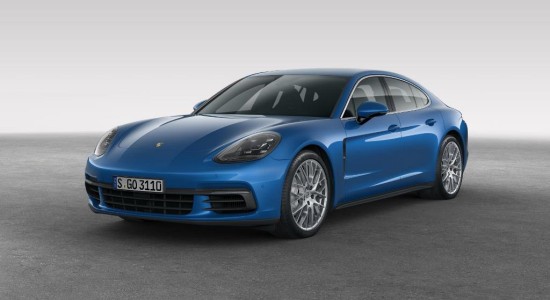 Porsche just celebrated the world premiere of the new 2017 Panamera in Berlin accompanied by a spectacular display of lights, music and choreography.

The design language of the new Panamera creates a link to the Porsche 911 through its even more dynamic flyline and by using specific design elements of the iconic sports car. “An observer will immediately recognize the coupé-like roof line, but it is much ‘faster’, even more dynamic and includes a new side window look that emphasizes the coupe-like side view even more,” said Michael Mauer, Head of Style Porsche AG, who explained the design objectives that were set for the new model. “The new Panamera can be identified as a Panamera at first glance, but also as the new Panamera. Its strengths have been reinforced, its weaknesses have been eradicated and above all its distinctive character has been preserved.”

The new twin-turbo engines of the Panamera are more powerful than before, and thanks to the new eight-speed dual-clutch transmission (PDK II) they are up to 16 percent more fuel-efficient according to the New European Driving Cycle. The Panamera will launch with two engines: the 550 hp Panamera Turbo and the 440 hp Panamera 4S. Both models will be equipped with all-wheel drive as standard.