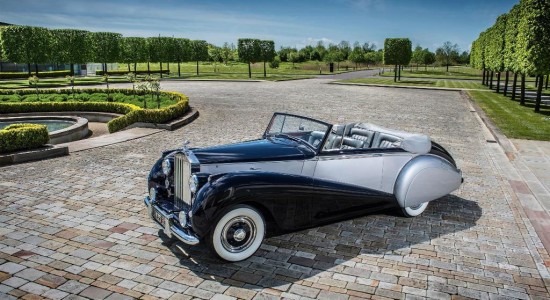 Rolls-Royce Motor Cars announced the name of its forthcoming new car. The new model, a sensuous drophead, will be known as Rolls-Royce Dawn.

The car was unveiled to representatives of the marque’s 130-strong global dealer network at the 2015 Rolls-Royce World Dealer Conference in Los Angeles, California.

Rolls-Royce Dawn is the next step in the renaissance of Rolls-Royce Motor Cars which began in 2003 with the launch of Phantom and subsequent introductions of Ghost and Wraith. It justifies the continuing investment of the BMW Group into the world’s pinnacle super-luxury brand. The new Rolls-Royce Dawn will revive another famous and rare Rolls-Royce name first used in 1949, but only ever applied to 28 very special drophead bodies between 1950 and 1954. A new beginning for Rolls-Royce at the time, the original Silver Dawn was the first Rolls-Royce to be offered with a factory-built body. The drophead Rolls-Royces that carried the name Dawn continued to be coach-built for individual customers, ensuring their uniqueness and rarity.

Rolls-Royce Dawn will launch during the first quarter of 2016.