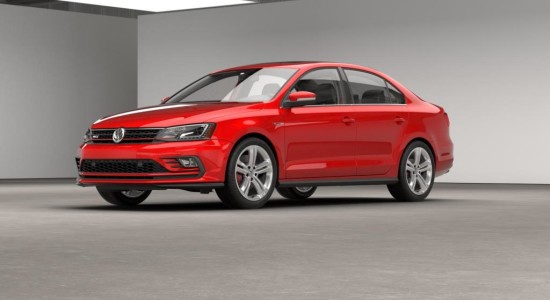 Volkswagen of America unveiled the 2016 Jetta GLI, the sedan equivalent of the Golf GTI.

Equipped with a specially tuned sport suspension and the same 210-horsepower, 2.0-literTSI turbocharged and direct-injection EA888 four-cylinder engine as the Golf GTI, the GLI offers a compelling blend of value, performance and practicality.

For 2016, the GLI gets a bold new look highlighted by an aggressive front fascia that incorporates a honeycomb grille and foglights, along with a new rear bumper design that has a diffuser and a pair of chrome-tipped exhausts. All 2016 Jetta GLI models have 18-inch Mallory design aluminum-alloy wheels, shod with standard all-season tires or optional summer performance tires.

A new standard feature on the 2016 Jetta GLI is Volkswagen’s Automatic Post-Collision Braking system. This builds on the premise that a collision is rarely a single, instantaneous action, but rather a series of events that follow the initial impact—the most significant of which can cause additional collisions. The Automatic Post-Collision Braking system addresses this by applying the brakes when a primary collision is detected by the airbag sensors, thus helping reduce residual kinetic energy and, in turn, the chance of additional damage.