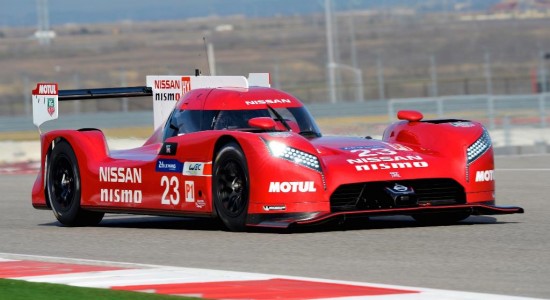 Nissan declared itself ready to take on the world’s best sports car manufacturers after revealing a glimpse of its Le Mans challenger – the Nissan GT-R LM NISMO – during the commercial break for Super Bowl XLIX.

The Japanese manufacturer has interpreted the sport’s technical regulations in an innovative way, producing a front-engined, front wheel drive car that is powered by a V6 3-litre twin turbo petrol engine and a kinetic energy recovery system.

“It gave us great pride to reveal the Nissan GT-R LM NISMO during the Superbowl,” said Roel de Vries, Global Head of Marketing and Brand Strategy at Nissan. “The combination of the Super Bowl and the Le Mans 24 Hours – two of the most watched sporting events in the world – presented us with a unique opportunity to showcase our most ambitious motorsport programme in recent times.

The new car will contest the LM P1 class of the FIA World Endurance Championship. Starting at Silverstone on 12 April, the series travels around the world to Spa in Belgium, onto the Le Mans 24 Hours and Germany’s Nurburgring, before going global with races in the US, Japan, China and the Middle East.

The intensive test programme for the Nissan GT-R LM NISMO that began in Arizona last year continues this week at the Circuit of the Americas in Texas, where the team is making the most of the warmer climate of the Southern US. Nissan’s LM P1 drivers will be revealed soon.