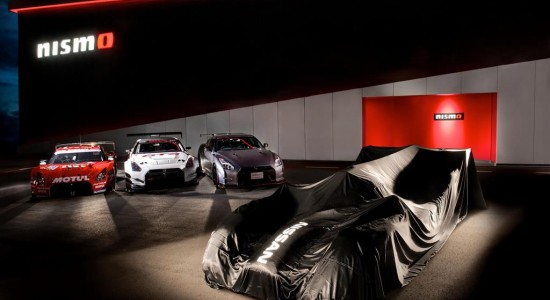 Nissan will tackle the track with the GT-R and go head-to-head with Audi, Porsche and Toyota at Le Mans in 2015. The Japanese manufacturer will also contest the 2015 FIA World Endurance Championship with a full factory effort of two LM P1 cars. Nissan’s LM P1 car will be called the Nissan GT-R LM NISMO.

“Innovation is at the heart of everything we do,” said Palmer. “There is no better place to demonstrate innovation than here in Europe’s new hot-bed of digital marketing and, from next year, on track at Le Mans. We have chosen this venue – and made it a celebration, rather than yet another press conference – to reflect the fact that when we go racing, we do so differently.”

“We have chosen to take the GT-R name to Le Mans as the GT-R symbolizes the ultimate in Nissan’s performance. It is a true aspirational brand – a car our fans, our customers love to drive, and love to own. We have been using GT-R in motorsport for many years now, in Super GT and GT3. For us LM P1 is the ultimate test. We have unfinished business at Le Mans, and now we have our chance to target victory with the Nissan GT-R LM NISMO” explained Miyatani.