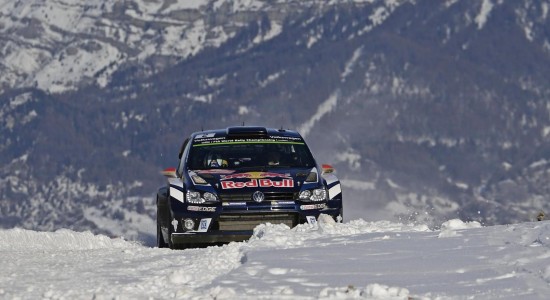 One-two at the “Monte”, the third in a row for driver, co-driver and team – Sébastien Ogier/Julien Ingrassia enjoyed a magnificent success at the Rally Monte Carlo. Their team-mates Andreas Mikkelsen/Anders Jæger finished runner-up to complete a Volkswagen one-two and round off a dream start to the 2016 FIA World Rally Championship (WRC). The latest victory marked the 35th triumph in 40 rallies for the Polo R WRC the 33rd career win for Ogier/Ingrassia, while Mikkelsen racked up his 15th podium finish. Furthermore, Mikkelsen’s new co-driver Anders Jæger crowned his debut in the top category of the World Rally Championship with his first podium.

Sebastien Ogier: “Winning here in Monte Carlo is such an emotional moment for me! It is just an indescribable feeling to win this iconic rally for the third time. The conditions were so tricky. It was so icy and slippery. I am really happy with this success. I would like to thank the entire team, which did a fantastic job this weekend. My ice spies were awesome. Jean Joseph Simon was doing the job for me for the first time here at the ‘Monte’. It was really tough for them to provide us with accurate predictions regarding the state of the roads. The Polo ran superbly. Then there were the many, many fans cheering on Julien and me – it was just a perfect weekend!”