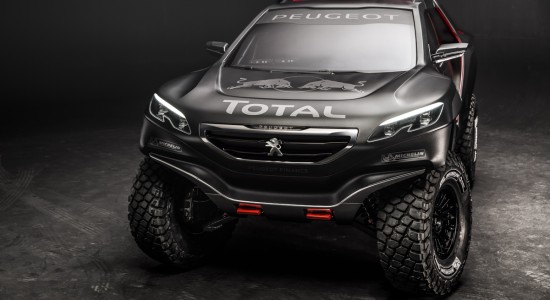 As the countdown to the 2015 Dakar Rally begins to accelerate, the Peugeot-Total squad is continuing to develop the fearsome Peugeot 2008 DKR at a frenetic pace with its three star drivers, including Cyril Despres, who is getting to grips with competing on four wheels for the first time.

For the first time, the three crews that constitute Peugeot’s dream team will all take turns behind the wheel. Following shakedown tests at Freneuse, Montlhéry and Creusot elsewhere in France, the tests now move across rocky terrain that offers a foretaste of the kind of adventure that awaits it in South America. Now that Carlos Sainz has drawn upon his experience to identify the inevitable initial teething troubles, his two new team-mates have also come along to help out. On the programme is validation of the modifications made to the chassis and cooling system.

Stéphane Peterhansel and Cyril Despres will join Carlos Sainz in the test ahead of the Dakar.