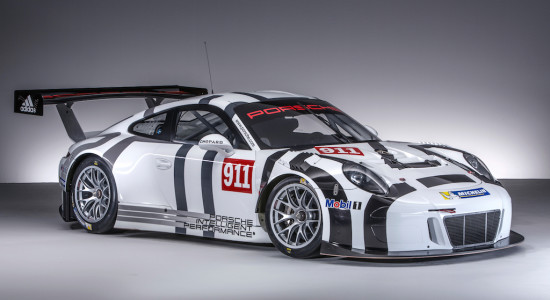 Adopted from its production sibling, the 911 GT3 R features the distinctive double-bubble roof, and the wheelbase which had been lengthened by 8.3 centimetres compared to the previous generation. This ensures a more balanced weight distribution and more predictable handling particularly in fast corners corners in comparison to the previous GT3 R.

Powering the new 911 GT3 R is a cutting-edge four-litre flat-six unit which is largely identical to the high-performance production engine of the road-legal 911 GT3 RS. Direct petrol injection, which operates at pressures up to 200 bar, as well as variable valve timing technology ensure a particularly efficient use of fuel.

The new Porsche 911 GT3 R can be ordered immediately for 429,000 Euro plus country-specific VAT and will be delivered from December 2015.