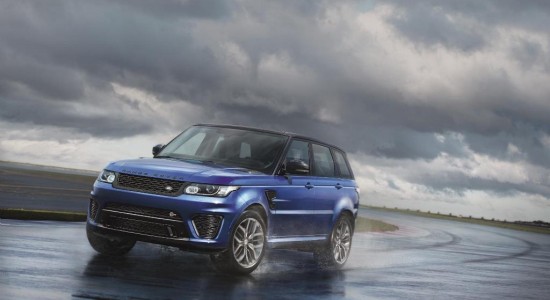 Capable of accelerating from 0-60 mph in 4.5 seconds with an electronically limited top track speed of 162 mph, the Range Rover Sport SVR will be the first Land Rover vehicle to wear the new high-performance SVR badge.

The SVR features a 5.0-liter supercharged V8 engine which has been developed to produce 550hp and 502lb-ft of torque – a 40hp and 41lb-ft increase over the standard supercharged V8 – while its advanced ZF 8HP70 eight-speed automatic transmission and four-wheel-drive chassis have been tuned to complement the performance.