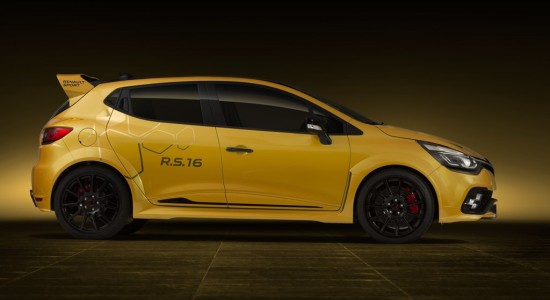 Finding the ideal way to house the engine, transmission and cooling system of the Mégane R.S. 275 Trophy-R was a significant challenge, say the designers. The exhaust system was also revised as a function of the engine’s potential, while the suspension was engineered to match the car’s performance characteristics. Careful attention was paid to the sound produced by the car, too, and an Akrapovič twin exhaust system was selected.