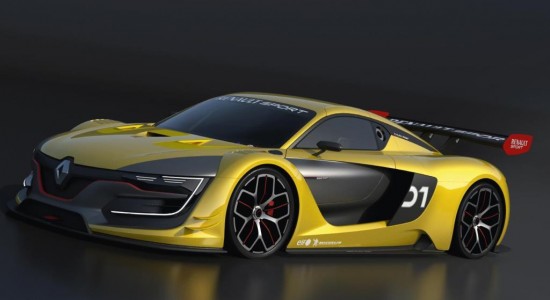 With a design inspired by the world of concept cars and governed by an absolute pursuit of aerodynamic downforce, Renault Sport R.S. 01 is a radical expression of the brand’s sporting DNA.

Its technical specifications reflect the best of Renault Sport expertise. With a carbon monocoque chassis for a weight of less than 1,100 kg and an engine developing over 500 hp, it is able to reach a top speed of over 300 kph.

As a result of the considerable efforts devoted to aerodynamics, Renault Sport R.S. 01 is able to achieve an exceptional level of performance beyond that of a GT3 and closer to that of a DTM. CI (lift coefficient) and CdA (drag coefficient) are similar to

Prepared by Nismo, the 3.8L V6 twin turbo engine is derived from the Nissan GT R. The main change in relation to the production model is the dry sump system intended to prevent oil surges during long corners. The Pectel electronic unit features a traction control function. Turbo pressure is set to deliver over 500 hp with maximum torque of more than 600 N.m. This positions Renault Sport R.S. 01 between a GT3 and a DTM in terms of performance. The engine is mated to a longitudinal seven speed gearbox supplied by Sadev.