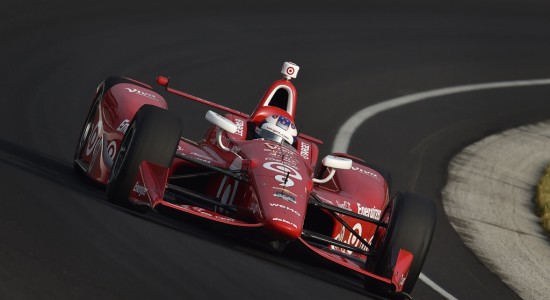 Scott Dixon punctuated the day at Indianapolis Motor Speedway by earning the Verizon P1 Award for the pole position in qualifications for the 99th Running of the Indianapolis 500 Mile Race.

“We’re starting in the right place but it’s still a long race. Hopefully, we can replicate what we did in 2008,” said Dixon, who was presented a $100,000 check for winning the pole. “We’re starting on pole for the Indianapolis 500 and now we just have to finish first. I’m just so proud of everybody at Team Target, whether it’s the engineers and everybody that has worked so hard to get the speed out of this car. It was definitely a tough day.”

Ed Carpenter failed to win his third consecutive Indy 500 pole after a heavy crash in the morning’s free practice session. Carpenter’s crew prepared a backup chassis in less than five hours following the morning crash and he participated in the afternoon practice preceding qualifications. The third driver in the qualifying order, he recorded a four-lap average of 224.883 mph and qualified 12th.