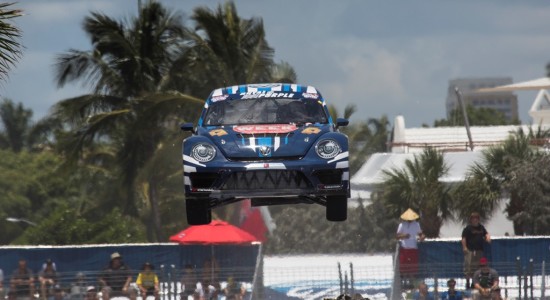 Scott Speed won the gold medal in the Rallycross category at the X-Games in Austin, Texas.

In the Volkswagen Beetle GRC in action for Andretti Motorsport, the former Formula 1 driver won the heat and then prevailed over rivals Steve Arpin and Sebastian Eriksson in the final. This was Speed’s third gold medal at the X-Games, something that no other driver has achieved.

“What a fantastic race!,” said Speed after his win. “This is by far the best medal that I have ever won. The first was something very special, but there was plenty of action on the track today. I’ll definitely be taking another look at the on-board images.”