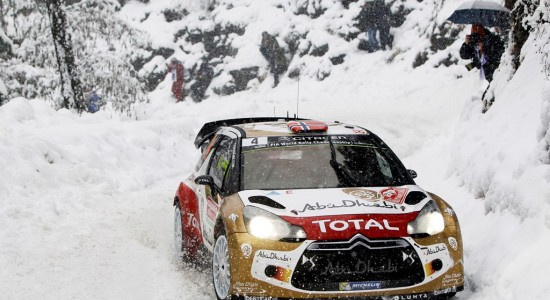 Yves Bonnefont, CEO of the DS brand: “When I told them today that Sébastien Loeb and Daniel Elena would be driving at Rallye Monte-Carlo in a DS 3 WRC, the news was greeted with great enthusiasm! It is a great opportunity to support the launch of DS as a premium brand.”

Sébastien Loeb: “I didn’t hesitate for a second when I was offered the chance to compete at the opening round of the 2015 World Rally Championship in the DS 3 WRC. I think Daniel and I would agree that Monte-Carlo is one of our favourite events. The beautiful roads, the fact of having to gamble when it comes to tyre choice and the party atmosphere that you get on the stages: we can’t wait to experience it all again!” The Dakar starts from France