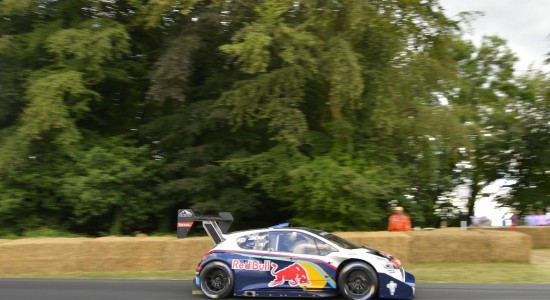 Sebastien Loeb won yet another trophy with a victory at the Goodwood Festival of Speed shoot-out with an impressive run during Sunday afternoon’s against-the-clock timed run.

The nine-time World Rally Champion, who now races for Citroen in the World Touring Car Championship, had qualified second fastest in the fearsome Peugeot 208 T16 Pikes Peak car, and shaved almost a second from his Saturday time to take the top spot when it counted most in a time of 44.60 seconds.

It is the second year in a row in which the Pikes Peak special has set the fastest time at Goodwood; Gregory Guilvert tying for the top spot in 2013 with Nick Heidfeld’s Lola B12/60-Toyota in 45.86s. Loeb’s time was the sixth-fastest time ever set on Goodwood’s iconic 1.16-mile Hillclimb.