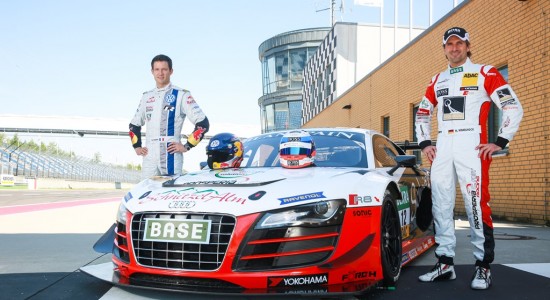 Volkswagen driver Sébastien Ogier will be running as a guest entrant for customer sport team Prosperia C. Abt Racing in the ADAC GT Masters. The French Volkswagen driver, reigning champion in the FIA World Rally Championship and current leader of this season’s standings in a Polo R WRC, will contest the third round of the sports car series. His team-mate is the 2012 FIA GT1 World Champion Markus Winkelhock. The two World Champions will share an Audi R8 LMS ultra with 550-hp at the Lausitzring.

“I’m looking forward to my first race in the Audi R8 LMS ultra of Team Prosperia C. Abt Racing”, said Sébastien Ogier. “I’m not familiar with the Lausitzring yet, but I have visited the ADAC GT Masters at Oschersleben. The drivers’ field is strong. With Markus Winkelhock at my side, I also have a very fast and experienced team-mate. We’ve already had our first joint briefing and he showed me the cockpit. His tips are helping me to start the weekend perfectly prepared.”