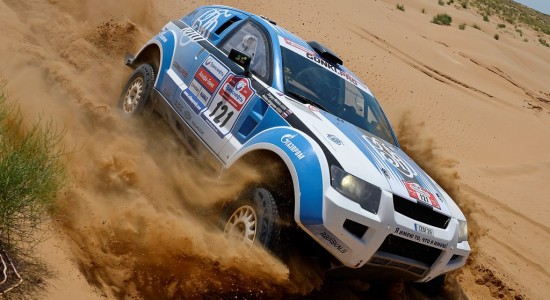 The red carpet was rolled out last evening in Beijing for the launch gala of the 2016 Silk Way Rally in thepresence of several very special invitees, including the rally’s principle partners and the organization staff. This launch party was followed by an official press conference the following morning. Vice Minister of Sport Russia Nagornyh Yuriy and The Vice Minister of General Administration of Sport of China, Yang Shuan were in attendance.

The launch evening also permitted organizers to reveal the new visual identity of the Silk Way Rally, conceived by Denis Simanchev based on the White Tiger. Common to both Russia and China and symbol of bravery in Chinese mythology, the big cat is now the symbol of the race, to inspire and protect competitors throughout the rally, whatever the difficulties.

The 2016 Silk Way Rally will start on July 8, 2016 from Red Square in Moscow and will see the competitors race over several thousand kilometres crossing the majestic landscapes of Russia, Kazakhstan and China, before arriving at the finish line in the heart of Beijing on July 24.