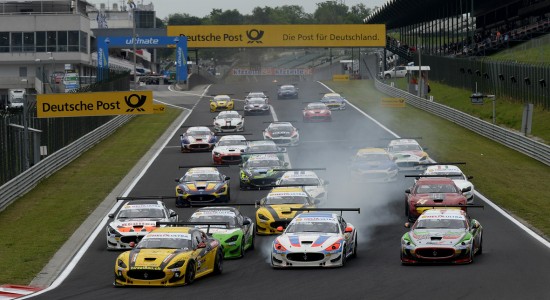 The third round in the Maserati Trofeo World Series, scheduled for the weekend of 20 July at Silverstone, will be the last European round. The action will coincide with the GT Open International and, after the three races, (two 30’ and one 60’) on the English Formula 1 circuit, the season’s first title will be awarded.

The Trofeo Europa is bestowed on the driver who tops the standings after the European rounds before the three extra-European rounds are held (at Virginia International, Shanghai and Abu Dhabi).

Swiss driver Mauro Calamia is still the most likely candidate to take home the trophy thanks to the one-two-three at Budapest and an earlier win at Spa; he now leads on 81 points. Behind him is another driver from Switzerland: Gabriele Gardel on 61 points. Still with a possibility (with 46 points up for grabs) is Alberto Cola (on 45 points) and Alan Simoni (on 42).