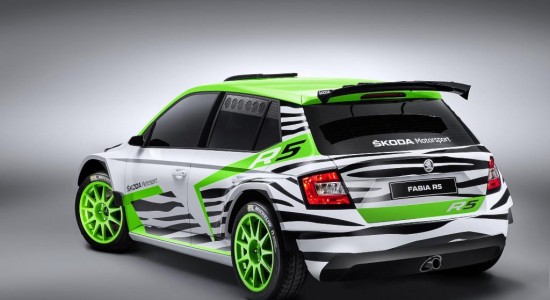 ŠKODA is presenting a concept version of the new rally car, the ŠKODA Fabia R 5, at the Essen Motor Show in Gemany.

The new Fabia R 5 features a lot of high-tech. In keeping with FIA regulations, the new racing car is powered by a 1.6-litre turbo engine. The new car also features a sequential, five-speed gearbox and MacPherson struts. The weight will, in accordance with the regulations, be at least 1230 kilograms. It is scheduled to be homologated by mid-2015.

Customer racing teams have already shown huge interest in the new ŠKODA Fabia R 5. The 2014 rally season, which has just drawn to an end, saw ŠKODA and the Fabia Super 2000 achieve a hat-trick of titles in the FIA Asia-Pacific Rally Championship (APRC). On top of this, ŠKODA also won the Drivers’ title in the FIA European Rally Championship and a further five national championships.