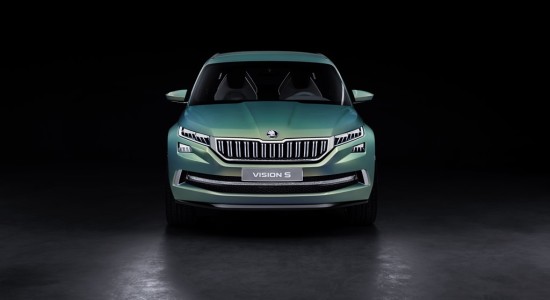 Auto China 2016 in Beijing will be the first time that ŠKODA will be presenting the VisionS show car to the Chinese public. The model demonstrates what one of the brand’s future SUVs, larger than the successful compact SUV – the ŠKODA Yeti – could look.

The ŠKODA VisionS now on show in Beijing after starring at the 2016 Geneva Motor Show gives an impression of ŠKODA’s new large SUV series model that will be introduced this autumn in Paris. The expressive, modern and dynamic lines, 4.70-metre-long SUV is based on ŠKODA’s characteristic balance of rationality and aesthetics. In addition to the future SUV design language, the show car presents the brand’s significant future technologies.

With regard to future electric drive concepts, the ŠKODA VisionS operates with plug-in hybrid drive technology. The system performance of the vehicle is 165 kW (225 hp) and can reach up to 50 kilometres running purely on electric.

The Czech carmaker is preparing a comprehensive SUV campaign for the Chinese market. The launch of ŠKODA’s large SUV is planned for the first half of 2017. In addition, another body variant of the large SUV is under development. Furthermore, the brand also intends to bring out a crossover utility vehicle (CUV) for ŠKODA’s strongest global sales market.