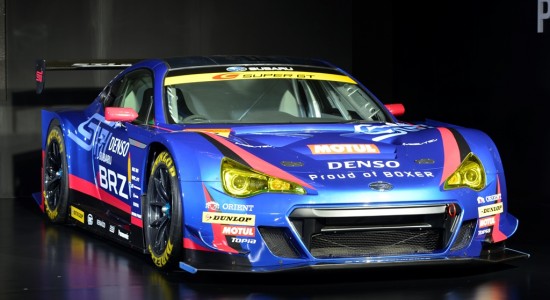 Subaru unveiled the new racing car developed from the WRX STI for 24 Hours Nürburgring endurance race in 2015 and announced an outline of Subaru Motorsport activities for 2015 at the Tokyo Auto Salon 2015.

STI will participate in the Nürburgring 24-Hour Race (from 14 to 17 May in Germany) for eight consecutive years, with a vehicle whose performance has been enhanced from its base car – the Subaru WRX STI.

Subaru, with the “SUBARU BRZ GT300” race car, will participate in the SUPER GT series this year as well, widely regarded as Japan’s top motorsports category. The race car employs the same front-engine, rear-wheel-drive layout as the production BRZ model.