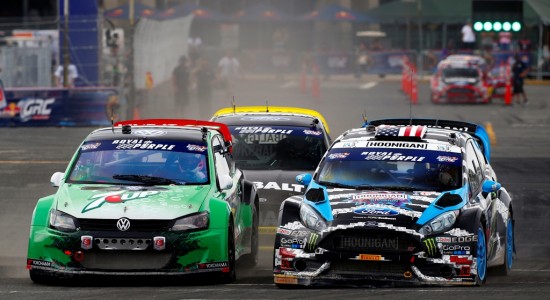 “It’s been a tough year—the guys with the most finely tuned road racing skills have really dominated this year, and this was a course that road racing skill really played in,” said Foust. “Luckily, I was able to use a little bit of rallycross skill, focusing on starting, because the track was really hard to pass on in order to get the job done.”