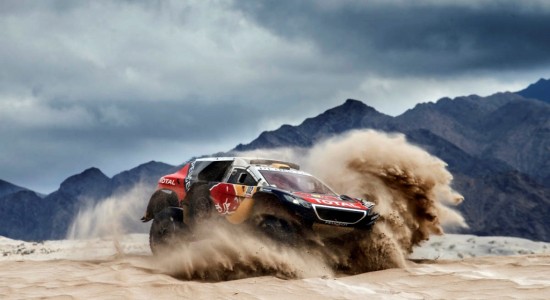 Buoyed by its most recent Dakar victory, Team Peugeot Total is preparing to embark upon a new challenge – that of taming the formidable Silk Road by competing on the Silk Way Rally, an event that traces a famously gruelling route from Moscow to Beijing.

Just under a year on from the China Silk Road Rally – which saw Peugeot claim a one-two finish – and following the 2016 Dakar Rally that was won by Stéphane Peterhansel/Jean-Paul Cottret, Team Peugeot Total is preparing for more cross-country rally action in China.

For its Silk Way Rally debut, Peugeot will run three of its four crews behind the wheel of the potent PEUGEOT 2008 DKR: Jean-Paul Cottret will join twelve times Dakar champion Stéphane Peterhansel, Cyril Despres and David Castera will join Sebastien Loeb and Daniel Elena on the second and third cars.

The three Peugeot 2008 DKRs entered for the Silk Way Rally all contested the 2016 Dakar and will incorporate several evolutions aimed at overcoming issues that arose on January’s event in South America. The major change – and one of the most challenging – will be the integration of air conditioning into the cars.