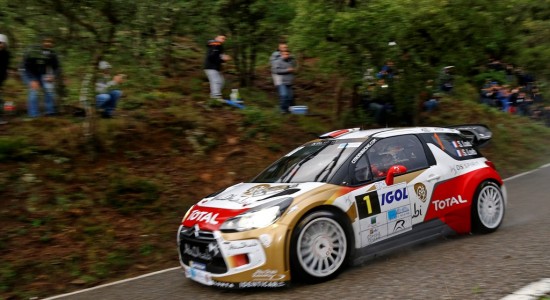 Already winner of the Rallye du Var in 2000 with a Xsara Kit Car and in 2009 in a C4 WRC, Sébastien Loeb competed in the final round of the French Rally Championship. Weather raging on the Var and the Mediterranean led the organizers to review the course, by also canceling two stages. But from the first stage, the nine-time World Rally Champion, together with his wife Severine, registered the two best times of the day.

At the second stage, despite milder weather conditions, roads were still wet. The Alsatian however, managed to extend his lead over his nearest rival, beginning the final day with a thirty seconds advantage as the rain was back. Always in command, he signed the three best time to validate his third win in the Var.

“This is a great victory. The week was complicated with extreme conditions already from the recognitions. We have been able to increase our pace gradually. But it was long since I had not competed in a rally with a DS 3 WRC, so I am pleased to have regained some confidence with the car. It was a good preparation for the Monte Carlo Rally.”