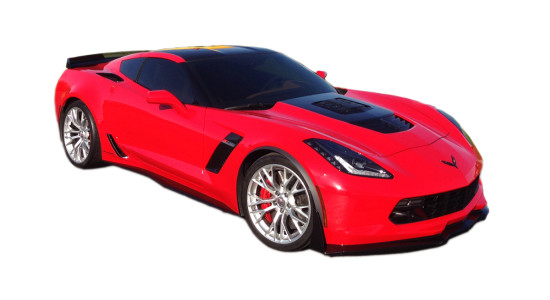 Callaway Cars today announced power numbers and performance for the flagship model in their performance car lineup. Equipped with Callaway’s GenThree Supercharger, the Corvette Z06 now produces 757 bhp @ 6,200 rpm and 777 lb-ft @ 4,500 rpm (SAE). A launch to 60 mph is now achieved in 2.8 seconds, and a quarter-mile in 10.5 seconds at 131 mph.

Callaway engineers recognized that a key contributor to maximizing power is reduction of inlet air temperature associated with forced induction. Callaway’s unique triple-element intercooler configuration provides significantly lower and well-managed inlet charge air temperatures than single or smaller dual-element designs. The supercharger housing extends through the hood, thereby exposing it to outside ambient airflow and adding an element of convective cooling. The supercharger is visible without opening the hood, and heat is inherently extracted from the engine compartment.

The supercharger assembly is no longer cramped below the hood line. The completely redesigned manifold helps maintain consistent charge air temperatures with exceptionally low restriction and even airflow distribution to all cylinders, which results in a broad torque band producing over 500 lb-ft from 2,000 to 6,400 rpm. This translates to more consistent power delivery in severe-duty driving environments, a compromise typically observed with “underhood” approaches. A 10-rib drive pulley system was also integrated to prevent belt-slippage. 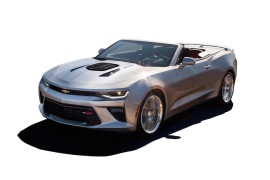 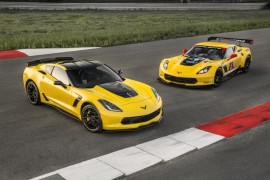