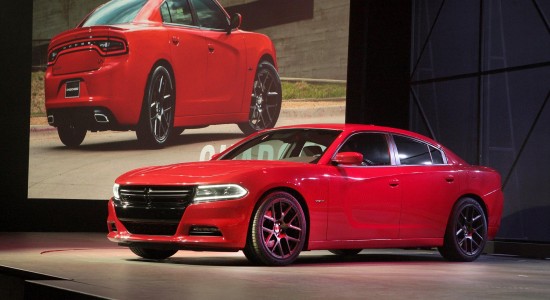 The iconic Dodge Charger gets a full-body makeover for 2015 along with powertrain updates that include a standard TorqueFlite eight-speed automatic transmission on both Charger’s standard 3.6-liter V-6 Pentastar engine and, new for 2015, the R/T equipped 5.7-liter HEMI V-8. The latter produces 370 horsepower (276 kW) and 395 lb.-ft. of torque (536 Nm), now combines the engine’s four-cylinder mode Fuel Saver Technology with three additional gears from the new TorqueFlite eight-speed automatic transmission for maximum performance and efficiency.

The all-new exterior of the 2015 Dodge Charger is spiritually inspired by the iconic second-generation Charger from the late 1960s, and for 2015, specifically draws its cues from the 1969 model.

The 2015 Dodge Charger will be available in four models: SE, SXT, R/T and R/T Road & Track. Production is slated to begin in the fourth quarter of 2014.