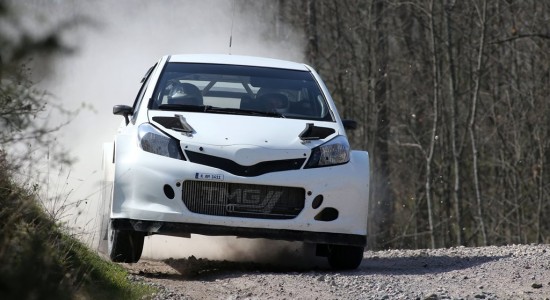 TOYOTA will return to the FIA World Rally Championship in 2017 with a car developed and built entirely at its Cologne technical center.

Over the next two years Toyota will continue its test programme with the Yaris WRC car to prepare for a full return to the series in which it won four drivers’ and three manufacturers’ World Championships in the 1990s.

Today’s news was announced by TOYOTA Motor Corporation President Akio Toyoda at a news conference in Tokyo, where the Yaris WRC made its public debut, complete with new launch livery.

The Yaris WRC has already completed a preliminary test programme on tarmac and gravel stages throughout Europe, establishing a promising baseline on which to build over the coming months. The car features a 1.6-litre turbo-charged, direct injection engine, which produces over 300hp, while advanced simulation, testing and production techniques have shaped the Yaris chassis. With an official WRC programme now confirmed, development will be expanded while the dedicated team of specialists to engineer and operate the car will be increased.

Several young drivers have already tested the car and Frenchman Eric Camilli, 27, has been selected as the first member of a junior driver development scheme designed with the goal of developing TOYOTA rally stars of the future. Eric will carry out the development programme alongside last year’s Tour de Corse winner Stéphane Sarrazin, also a racer in TOYOTA’s FIA World Endurance Championship team, and Sebastian Lindholm.