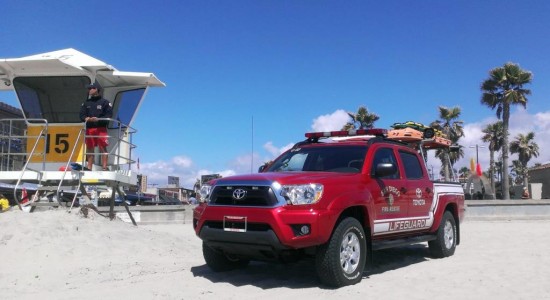 Toyota celebrated the start of the summer beach season today by announcing its continued support of the San Diego Lifeguards emphasizing safe practices in the water and on the beach. The partnership includes a donation of 34 brand-new Toyota trucks and SUVs to the city for lifeguard rescue and operations. Toyota began its partnership with the City of San Diego’s lifeguards in 2011.

The new vehicles arriving to the fleet include 15 Tacomas, 12 Tundras, three 4Runners, three Sequoias and a RAV4.