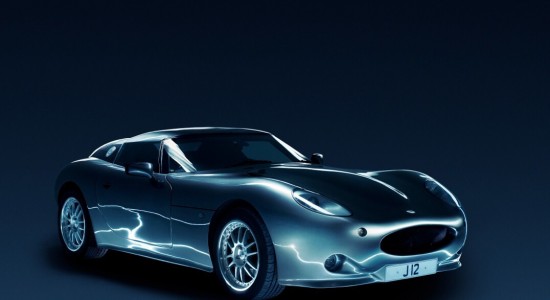 The Lightning V8 GT and Gordon Murray’s ‘cult’ model Rocket are among the rare and unusual privately-owned motoring objets d’art displayed at the newest luxury event in London, Salute to Style at The Hurlingham Club.

An entirely British project started in the late Nineties, the Lightning V8 GT is the brainchild of Arthur Wolstenholme who founded the Ronart Company in 1984, inspired by the design, engineering and driver’s feel afforded by the racing machines of the 1950s as well as the sporty performance of the following decade’s GTs.

Whilst the hand-built four-cam V8 engine was borrowed from the iconic Shelby Mustang, everything else in the Lightning V8 GT is bespoke, from the spaceframe structure to the carbon-fibre body. The six existing prototypes were built in Peterborough, and are all part of private collections.

The Rocket, by celebrated F1 and McLaren designer Gordon Murray, and built by ex-GP racing driver and The International Guild of Specialist Engineers Honorary Member Chris Craft, needs little introduction. A 1-litre motorcycle engine powers the ultra-light roadster sportscar; with looks reminiscent of a Grand Prix racer from the ‘60s, the Rocket sports a central seat which doubles, tandem-style, to accommodate a passenger.