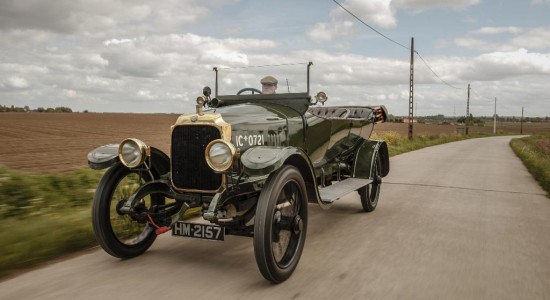 With just three weeks to go before centenary commemorations take place to mark the start of World War One, Vauxhall – Britain’s oldest surviving car manufacturer – is preparing its D-Type Staff Car for events and shows through the summer.

Vauxhall was one of a handful of manufacturers who supplied vehicles to the war effort during the 1914-18 conflict. The Luton company produced more than 1500 D-Type Staff Cars for military use, which saw action in theatres as diverse as the Western Front, East Africa, Russia and Palestine.

Derived from the A-type model and built from 1915, the D-Type Staff Car played a vital role during the conflict. With its sturdy chassis and durable four-cylinder, sidevalve 3969cc engine, the D-Type could achieve over 60mph and deal with appalling road surfaces that would tax today’s most high-tech off-roaders.