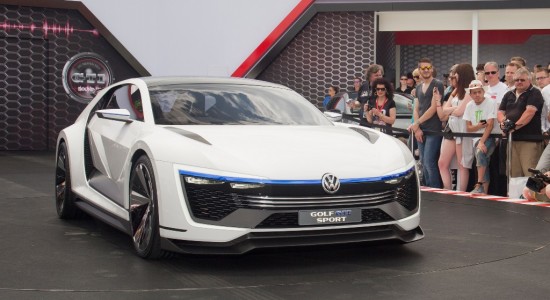 Those at the 34th GTI meeting at Wörthersee were given a glimpse of the future: on Thursday, Dr. Heinz-Jakob Neußer, Volkswagen Board Member for Technical Development, and Sébastien Ogier presented the latest car trends, including the Golf GTE Sport Concept.

World Rally Champion Ogier drove the car, complete with gull-wing doors, onto the stage in front of thrilled fans in Kärnten, Austria. The 400-hp plug-in hybrid drive, a petrol engine and two electric engines, combined with four-wheel drive, allow this concept car to accelerate to a top speed of 280 km/h.

Following the presentation, Ogier put on a show in his World Championship winning car for the many fans, laying a few donuts and letting his tyres smoulder.