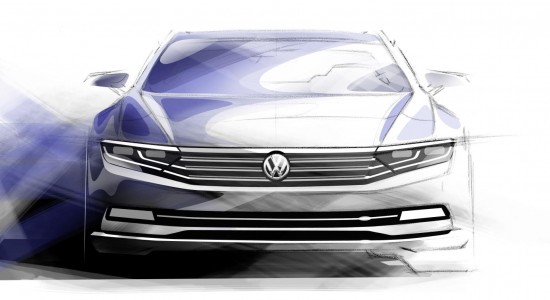 Volkswagen has revealed the first technical details of the all-new Passat Saloon and Estate, ahead of the cars’ unveiling in July and their public premiere at the Paris Motor Show in October.

Thanks to the use of advanced materials the new Passat is up to 85 kg lighter than its predecessor, helping it to claim expected fuel-efficiency improvements of up to 20 per cent.

Despite exterior dimensions that are actually marginally smaller than those of the previous Passat, interior space is improved, with more leg and head room, as well as increased luggage space.

A highlight of the Passat’s new range of engines is a high-performance, four-cylinder, 2.0-litre, bi-turbo diesel delivering 240 PS and 500 Nm from 1,750 rpm. This engine will be available only with a new seven-speed DSG gearbox and 4MOTION all-wheel drive. A plug-in hybrid model will also be offered, with potential to travel 31 miles on battery power alone, and with a potential maximum range of around 600 miles.