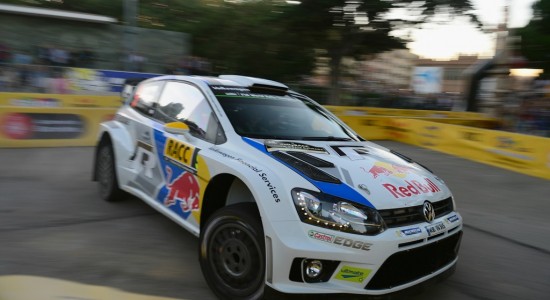 After their seventh victory of the season, the 23rd of their career, Sébastien Ogier and Julien Ingrassia cannot be caught in the overall standings of the FIA World Rally Championship. Not even by their team-mates Jari-Matti Latvala/Miikka Anttila, who with second place in Spain clinched the tenth one-two victory for Volkswagen in the WRC and staged a thrilling battle with their team-mates for the rally win. Going into the WRC finale at the Rally Great Britain, Ogier/Ingrassia have extended their lead over Latvala/Anttila to 31 points. Only 28 of those can be reduced in three weeks’ time.

World champions in the drivers’ and co-drivers’ standings for the second time in a row: Sébastien Ogier and Julien Ingrassia are only the fourth duo since 1977 to have successfully defended their title.

“It’s a fantastic feeling to become world champion for a second time! I’m over the moon, it was a real battle to defend the title. In particular, my team-mate Jari-Matti Latvala showed an incredibly strong performance in the last few months. Now Julien and I have a great sense of happiness and relief. Big thanks to our fantastic team at Volkswagen.” said Sébastien Ogier.