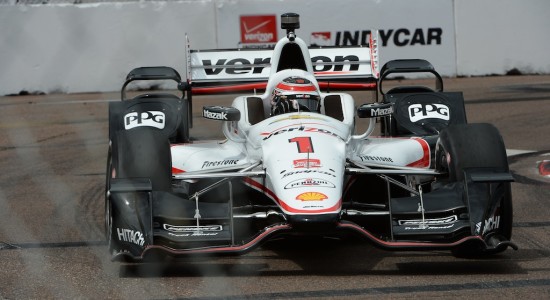 Will Power managed to pull of two perfect laps during the qualifying sessions of the Grand Prix of St. Petersburg (the opening round of the Verizon Indycar Series). The debut of the aerokits allowed Power to beat Sebastien Bourdais’ 2003 track record of 1:00.928.

The 2014 Champion didn’t beat himself in the final round but was nontheless able to conquer the pole position for the race. He will be followed by all his Penske teammates. Simon Pegenaud, Helio Castroneves and Juan Pablo Montoya. Fifth place went to Takuma Sato (the fastest Honda on the grid) while Sebastien Bourdais will start from sixth place.