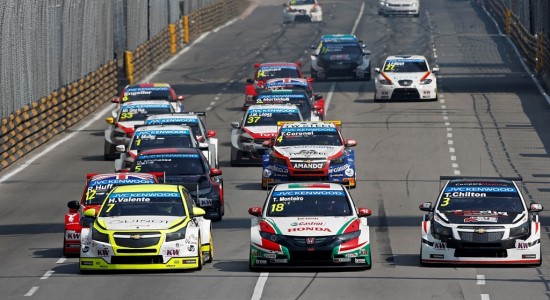 José María López has added the Macau diamond to his 2014 crown by winning authoritatively Race 1 at the Guia Circuit. The Argentine pulled away from pole at the start and kept control of the race, although is gap was never very consistent, ending with a 2.7-second margin. With this tenth seasonal success, the Citroën driver broke the record of most wins in the same season (Muller had scored 9 in 2012). He also became, after Augusto Farfus and Norbert Michelisz, the third WTCC driver victorious at Macau on his first appearance. Behind López, a compact Honda trio composed of Michelisz, Tarquini and Monteiro.

Rob Huff managed to take an astonishing win in Race 2, signing his 7th win (in 20 starts) at Macau. This definitely made of him the King of the Guia Circuit. It was also the second victory of the year for him and LADA Sport, which ended the season on a great high. Yvan Muller tried everything to pass Huff, but it was impossible for the Frenchman to find a way through. Hugo Valente, after a poor start from the pole, recovered well to take third. 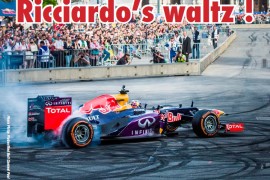 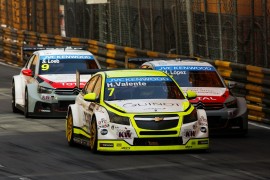 Twenty drivers will contest the FIA World Touring Car Championship in 2015 with registered manufacturers Citroën, Honda and LADA and Chevrolet all represented. The entry…