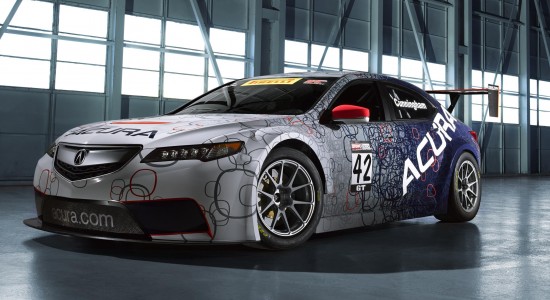 On the eve of the first Pirelli World Challenge race in St. Petersburg (Florida), Acura Motorsports announced that the new 2015 Acura TLX GT will make its competition debut at the Detroit Grand Prix weekend (30May-1 June).

“The competition in the 2014 Pirelli World Challenge is incredible, but Acura has never shied away from strong competition, in the marketplace or on the race track – said Art St. Cyr, President of Honda Performance Development and Vice President American Honda – the 2015 Acura TLX is a true luxury sport sedan, so it is fitting that the car be raced against several of its natural competitors, and even some up-market brands, in the Pirelli World Challenge.”

Developed from the production Acura TLX by Honda Performance Development the Acura TLX GT Race Car will feature chassis and aerodynamic performance parts approved for Pirelli World Challenge competition, and will be powered by a direct-injected, twin-turbocharged V6 engine, developed by HPD from the normally aspirated production unit.  It will utilize all-wheel drive, as found in Acura’s SH-AWD system.

RealTime Racing, the most successful team in Pirelli World Challenge history, will initially field a single Acura TLX GT for owner/driver Peter Cunningham, with a second car to be added at a later date. 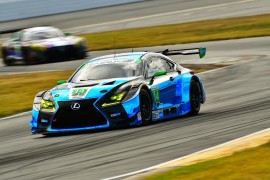 The Pirelli World Challenge kicks off the new season at Circuit of the Americas in Austin, Texas, on March 7-8. A record-setting entry list of…