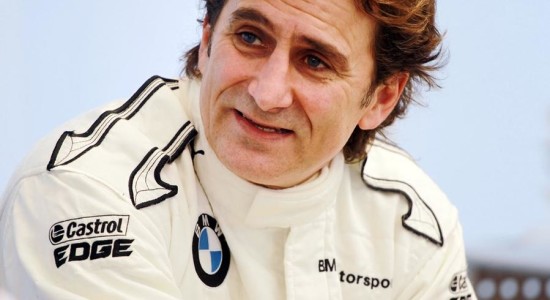 The legend is back: Alessandro Zanardi will be back in the cockpit on a regular basis in 2014, and will once again drive a BMW on the racetrack. Zanardi will race in the Blancpain GT Sprint Series behind the wheel of a BMW Z4 GT3, which has been specially modified to meet his unique requirements and will be run by the ROAL Motorsport team.

“Alex is back! I cannot express how delighted I am that one of the greatest heroes in the history of BMW Motorsport is returning to the cockpit of one of our racing cars,” said BMW Motorsport Director Jens Marquardt. “From both a human and a sporting aspect, Alex is a role model to all of us. I am sure he will approach this new challenge in the Blancpain GT Sprint Series in the same manner we have become accustomed to from him. You can really sense just how much he has missed competing on four wheels.”

Zanardi himself can hardly wait to return to the motorsport scene: “Even after leaving the sport in 2009, I was still a racing driver at heart,” he said. “When I took to the track in the BMW M3 DTM at the end of 2012, I immediately got itchy fingers again. Ever since that moment I have been toying with the idea of returning to motor racing.”

The 2014 Blancpain GT Series season features both endurance and sprint races. Zanardi will drive one of the two ROAL Motorsport BMW Z4 GT3s in six of the seven sprint races, which each last one hour.

The Series kicks off on April 21 in Nogaro (France).