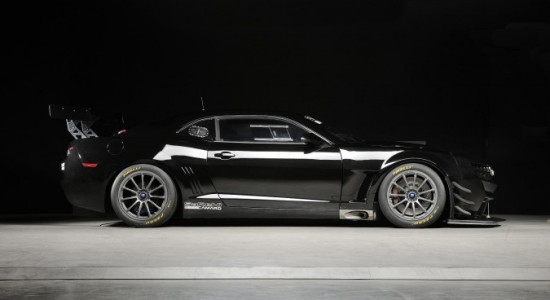 One of the favorite American muscle cars of all time, the Chevrolet Camaro, will race in a GT3 configuration at Monza in the opening round of the Blancpain Endurance Series. The car will have the experienced trio of Peter Kox, Tomas Enge and Albert von Thurn und Taxis at the wheel backed by the Reiter Engineering team.

The Camaro GT3, which sports a massive 7.9 litre V8 engine, has been thoroughly tested by the team’s regular squad of drivers: Peter Kox, Tomas Enge, Albert von Thurn und Taxis and Stefan Rosina. General Motors works driver Oliver Gavin also had a go in the machine, to further advance its competitiveness. For the moment, the team has only entered the car in the Italian round of the Blancpain Endurance Series, but further participations are certainly among the possibilities.

Hans Reiter (team principal): “The Camaro is something of a rebel. It relies on the massive power of the V8 engine to be among the frontrunners. At the same time, it is one of the most cost-effective cars on the starting grid, which is why it represents the ideal solution for cost-conscious teams and drivers to get involved in the Blancpain GT Series.”