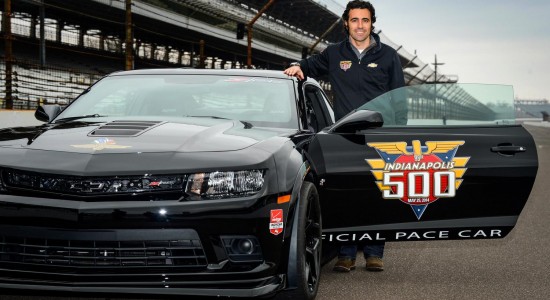 Franchitti won the Indy 500 in 2007, 2010 and 2012, and he is only the third driver ever to win at least three consecutive IndyCar titles, among four championships overall. Franchitti’s appearance in the Camaro Z/28 pace car signals a new start in his career as he embarks on a driver development role with Chip Ganassi Racing.

Franchitti said: “It is a tremendous honor for me to be asked to drive the Pace Car for the Indianapolis 500. As a historian of motorsport and as a three-time winner of this great race, I will appreciate every minute of getting to pace the field in the new 2014 Chevrolet Camaro Z/28. Although I won’t be competing in the Greatest Spectacle in Racing, this will be as close as one person can get to the action. I can’t wait until May in Indianapolis.”