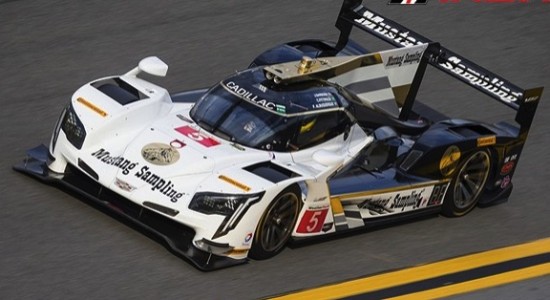 For the first time in WeatherTech Championship history, the P-class cars are all-new for 2017. And they finally showed what they are capable of in qualifying for the 2017 Rolex 24 At Daytona.

The quickest two cars? The two-car team formerly known as Action Express Racing, which won the WeatherTech Championship Prototype title all three years since the series was formed, gave the new Cadillac V-8 engine the front row in its first time out. On the pole was the No. 5 Mustang Sampling Cadillac DPI-V.R driven by Joao Barbosa with a blistering lap of 1:36.903. Right behind Barbosa was Dane Cameron, driver of the No. 31 Whelen Engineering Cadillac, just 0.070 seconds back. And third was the Rebellion car, thanks to Jani’s best lap of 1:37.123. Fourth was the No. 10 Konica Minolta Cadillac of Ricky Taylor, who had the fastest car for most of the qualifying session before pitting before time ran out.

In the GTLM class it was all Ford GT. Last year the debut of the Ford Chip Ganassi Racing Ford GT came with both cars suffering mechanical issues. For the 2017 Rolex 24 At Daytona, Ford and Ganassi are serious about winning. Not only did they bring the two U.S.-based cars – the Le Mans-winning No. 66, and the team car, No. 67 – they also brought the two Europe-based Ford GTs, No. 68 and No. 69. And it appears they are ready for the challenge, qualifying first, second, third and sixth in the 11-car field Thursday afternoon. Hand’s best lap was 1:43.473 seconds, just ahead of Richard Westbrook’s 1:43.704 in the No. 67. Third was Olivier Pla in the No. 68, whose best lap was 1:43.987.

In GT Daytona, it was Ferrari, Ferrari and Aston Martin. The front row in the class will be the No. 51 Spirit of Race Ferrari 488 GT3, courtesy of Alessandro Pier Guidi, whose best lap was 1:47.099. Close behind was the No. 63 Scuderia Corsa Ferrari 488 GT3 driven by Alessandro Balzan who, with co-driver Christina Nielsen, won the 2016 WeatherTech Championship season GTD title. Third was the No. 98 Aston Martin Racing Vantage, driven by Marco Sorensen to a lap of 1:47.734. 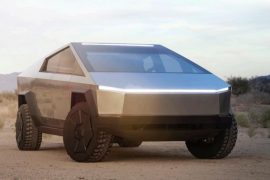