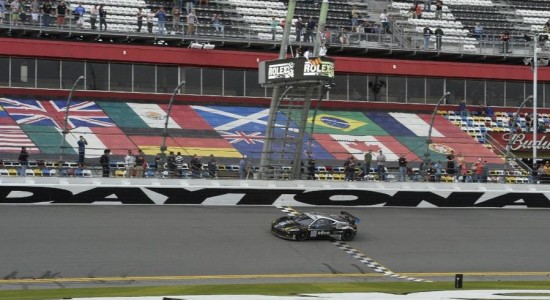 The first of this year’s major endurance races ended with a win for the Ferrari 458 GT in the Daytona 24 Hours. The American Level 5 Motorsport team triumphed in the GTD class at the end of a race that was, to say the least, exciting. Car number 555 with Italy’s Alessandro Pier Guidi at the wheel at the time, was first past the flag after a heart stopping finale, featuring a duel with the Flying Lizard Audi driven by Marcus Winkelhock.

A penalty imposed by the Stewards for an incident that occurred on the last lap robbed Alessandro Pier Guidi, Townsend Bell, Bill Sweedler, Scott Tucker and Jeff Segal of the chance of celebrating on the podium. However, after the race, IMSA then overturned the decision restoring the well deserved win to the team.

“It was a great win, at the end of a very intense day. To come out on top ahead of very strong opponents such as Audi, Porsche and Aston Martin, shows how competitive is the 458, not just in GTD but also in GTLM, where it could certainly have been in the fight for the win, confirming that it is bound to be a front runner again in 2014. I want to thank Level 5 Motorsport and the whole team at the track for this first round of the USC Championship,” commented the Director of Ferrari Corse Clienti, Antonello Coletta. “It’s thanks to the efforts of the private teams that Ferrari can hold its head high in the field of GT racing all over the world.”