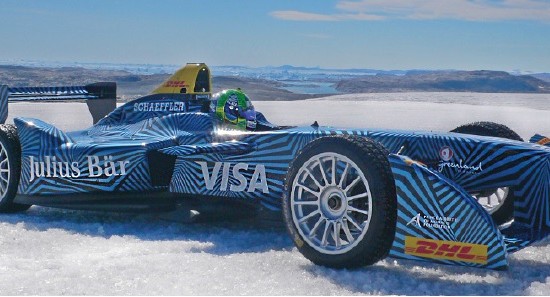 With the earth experiencing the warmest year on record, the amount of sea ice breaking away from the Arctic has reached historic new levels. To raise awareness of this crucial and pressing issue, Formula E joined forces with Julius Baer, Visa, DHL, Schaeffler, The Prince Albert II of Monaco Foundation and Mumm Champagne House to bring a spectacular event to life.

The Brazilian, who will be seeking to go one better than his runner-up position in the season two championship when the series returns with the HKT Hong Kong ePrix on October 9, performed a series of jaw-dropping runs on the ice cap, inside the Arctic circle in the north of Greenland. The seemingly impossible act was captured in a series of impactful short films that will draw the world’s attention to the escalating threat posed by the melting of the ice cap to global sea levels.