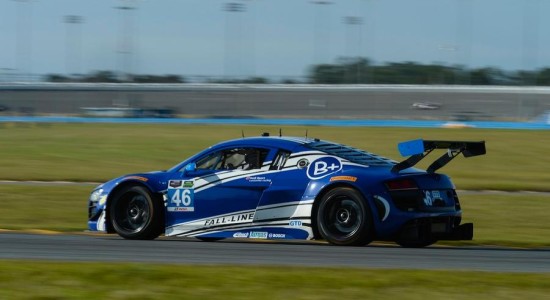 As before, the Audi R8 LMS in GTD form bears the sporting genes of the R8 road car, with which it shares more than 50 per cent of its technology. The ASF aluminum chassis, the robust V10 power plant with rebuild intervals of 20,000 kilometers or the sophisticated suspension incorporating double wishbones are just three examples of this.