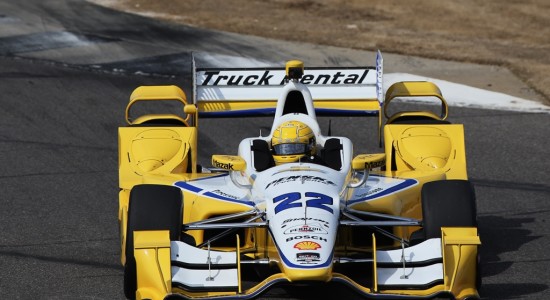 “It’s really a new era,” Team Penske’s Simon Pagenaud said before the first session. While development is still underway for each driver in the high-downforce platforms, performance gains are already noticeable as teams have begun tailoring the cars to specific preferences in conjunction with optimal track performance.

Pagenaud, driving the No. 22 Penske Truck Rental Chevrolet, topped the morning lap time chart at 1 minute, 7.7456 seconds. His time was six-tenths of a second quicker than the 2014 Verizon P1 Award-winning time of new teammate Will Power. Scott Dixon, who has finished second or third in the five races at Barber Motorsports Park, lowered the lap time in the waning minutes of the low-80-degree afternoon at 1:07.4805. Pagenaud was second quick in the afternoon at 1:07.5329.

“I think both cars (Chevrolet and Honda) are very different, which for the fans and series will be exciting. Honestly, I don’t care what it looks like as long as it’s fast,” said Dixon, driver of the No. 9 Target Chip Ganassi Racing Chevrolet. “It’s been a significant change in drivability or how to attack the car with all the downforce. We’re working with balance issues, weight distributions and just trying to feel out some of the changes with the aero kit and the loads changing significantly with the corner speeds.”

Aero kit testing will remain at Barber Motorsports Park through March 17. Teams will continue development of the package next week in private testing at Sebring International Raceway and NOLA Motorsports Park. 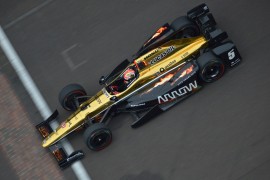 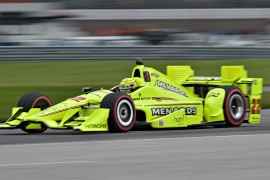