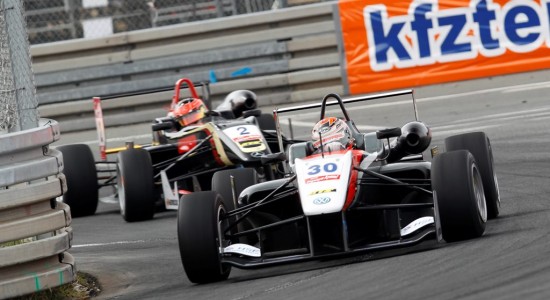 Year by year, the tradition-rich Macau GP is the final Formula 3 race of the year, representing the unofficial world finale. And the grid for this year’s edition of the prestigious event that was won by future Formula 1 aces such as Ayrton Senna and Michael Schumacher, in the past, once again will feature numerous FIA Formula 3 European Championship drivers.

European Champion Esteban Ocon will be the spearhead of the FIA Formula 3 European Championship fraction on the grid. Just like Ocon, his toughest rivals in the championship also will travel to the South China Sea: Tom Blomqvist, vice-champion behind Ocon, as well as Max Verstappen and Lucas Auer.

Max Verstappen: “I would obviously love to win this race – and will be going all out to do just that. However, the circuit is completely new to me. I know there is a relatively large risk of flying off the track and destroying your car. As such, it will be important to take full advantage of the practice time available. As I have had a lot to do in recent weeks, I have not had chance to do many laps of Macau in the simulator. I’ve probably done about 30 – but at least I know what to expect.”

“Macau is a motorsport classic. It is different from the races in the European Championship, as Macau is just one single event, so it is all or nothing. All that matters is winning.”